It must be remembered that the angora is kept primarily for the production of mohair, so the economy of this type of farming is largely dependent on quality and quantity of mohair produced.

Apart from the size of the animal, the most important features that determine the value of the fleece are length, density and fineness.

The fleece should be even throughout, with a good balance between style (the twist of the staple) and character (the crimp of the staple).

The mohair should have good lustre and a soft handle. 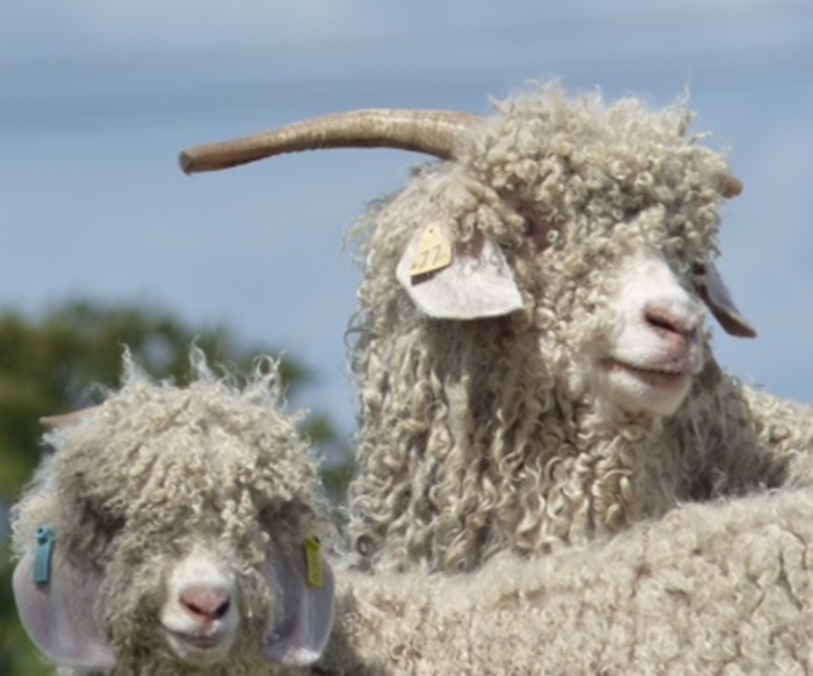 There should be about 25mm (1 inch) growth per month. The ideal is an equal length throughout the body, from the neck to the rump and even on to the belly. There should also be equality in length of the fibres within each staple.

Selection for heavy fleece and body weight can mean increasing the fibre diameter of the fleece and it is important that fleece fineness is high in the priority of selection traits. Ideally does should have an average fleece diameter of under 31 microns at 18 months of age and bucks under 33 microns, although this will be affected by the maturity of individual animals and the level of their nutrition. Kid fleece should be under 27 microns.

It is comparatively difficult to determine density, but by opening the fleece and assessing the amount of skin visible, together with the overall cover of the head, legs and underline, an impression can be obtained. A loose open fleece that lacks density can lead to excessive weathering of the fibre, whereas at the other extreme high density combined with shortness of staple length is a fault that can produce lack of tensile strength in the fibres.

It is vitally important, if British mohair is to compete on the world market, to keep kemp and medullated fibre down to a commercially acceptable level. The aim for the future is to use bucks with less than 0.5% kemp I medullated fibre.

Members are urged to keep accurate records so that the target statistics may be reviewed as our National Herd develops.